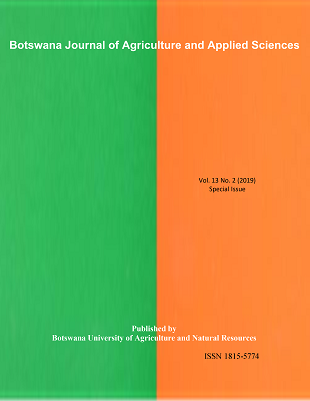 E B Khonga
Botswana University of Agriculture and Natural Resources

Climate change, typified by drought, floods and rising temperatures continue to affect biodiversity in the world.  Recently, outbreaks of new insect, weed and plant pathogen species have been reported in SADC and some old ones have increased in severity while others have diminished. Examples of new insects that have threated food security and trade in the region include the fall army worm (Spodoptera frugiperda) and tomato leaf miner (Tuta absoluta). Over 50% of the Hartbeespoort Dam near Pretoria is covered by water hyacinth (Eichhornia crassipes) reducing property values and tourism in the area. In August 2014, witches’ broom outbreak on fever tree was first observed in Gaborone. Microscopic examination of disease signs revealed, urediospores, teliospores, aeciospores and aecia typical of Ravenelia sp. Samples were sent to the FABI, University of Pretoria where the pathogen was tentatively identified as R. natalensis or R. hieronymi. After the 2014/2015 and 2015/16 poor rain seasons few new infections were recorded in August. Following the heavy rains caused by cyclone Dineo, the epiphytotic exploded starting July 2018 and almost all fever trees in the major towns of Botswana were attacked. The witches’ brooms were also infected by powdery mildew (Erysiphe sp.) and Diplodia sp. which caused black twig dieback. The fever tree natural distribution is limited to the Tuli block but it has been introduced south as a landscape and shade tree. The tree is now invasive spreading rapidly along drainage channels and rivers around Gaborone. Currently the pathogen may be a threat to other Vachellia and Senegalia spp. in Botswana. The witches’ brooms are releasing trillions of spores into the air which may result in new human allergies. The implications of the outbreak on tree biodiversity and how the disease can be managed should be investigated.

This work is licensed under a Creative Commons Attribution-NonCommercial-NoDerivatives 4.0 International License.

E B Khonga, Botswana University of Agriculture and Natural Resources